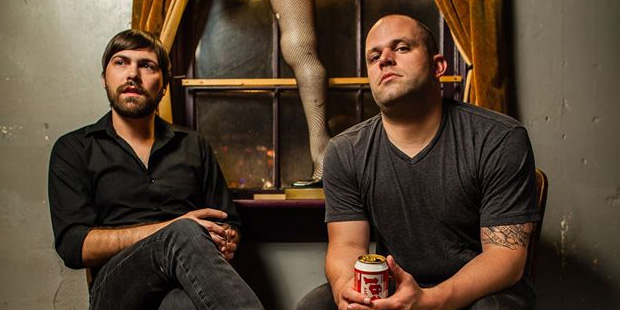 PWRS is an experience. Born out of a shared love of music and experimentation, PWRS is an exploration of sound. That sound pays tribute to propulsive, pocket rhythms, haunting, atmospheric melodies and the immeasurable effects of musical obsession.

Brandon Welch and Todd Turner formed PWRS in the wake of Far-Less. After several years of operating under the standard issue "rock band" label, the two were eager to find something new. Where previous efforts may have been bound by live performance and critical reactions, PWRS constructs its songs with no regard for those past limitations. Like a painter, the group builds and layers its arrangements of percussion and harmony until it simply feels right. PWRS has liberated Welch and Turner.

Fear is seven songs built around the idea and definition of the word--fear of failure, fear of loss, fear of rejection, fear of the unknown, fear of death. While the themes are prevalent in the lyrics, the music carries the message. The shadowy title track introduces a collection of songs laced with influences of trip-hop, new wave, psychedelic rock and alternative.

The release is the product of hard work and dedication, over several years. Welch and Turner did have some help with Fear. They enlisted House of Fools' Matt Bowers to co-produce and lend his talents on bass and keyboards. Guitarist Joel Kiser contributed performances to "We Are Awake" and "Someone Else".

Fear is only the beginning. It defines the motif for many conceptual releases to come. With the newfound inspiration and lack of boundaries, it's hard to predict where PWRS is headed. Like most of us, they're just looking for something to pour their heart and soul into.